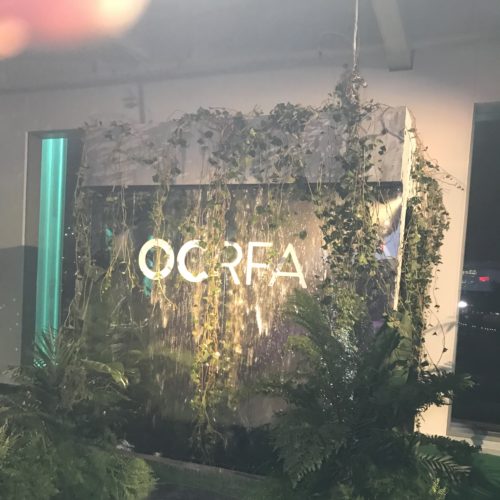 I am a huge fan of Super September (formerly known as Super Saturday for over 20 years). Officials from OCFRA–the ovarian cancer research foundation that Super September benefits–told me that there was no good reason for the change of date and venue except that they just wanted to try something new. When this event was called Super September and held in Water Mill, it would bring in over two million dollars for this important charity. 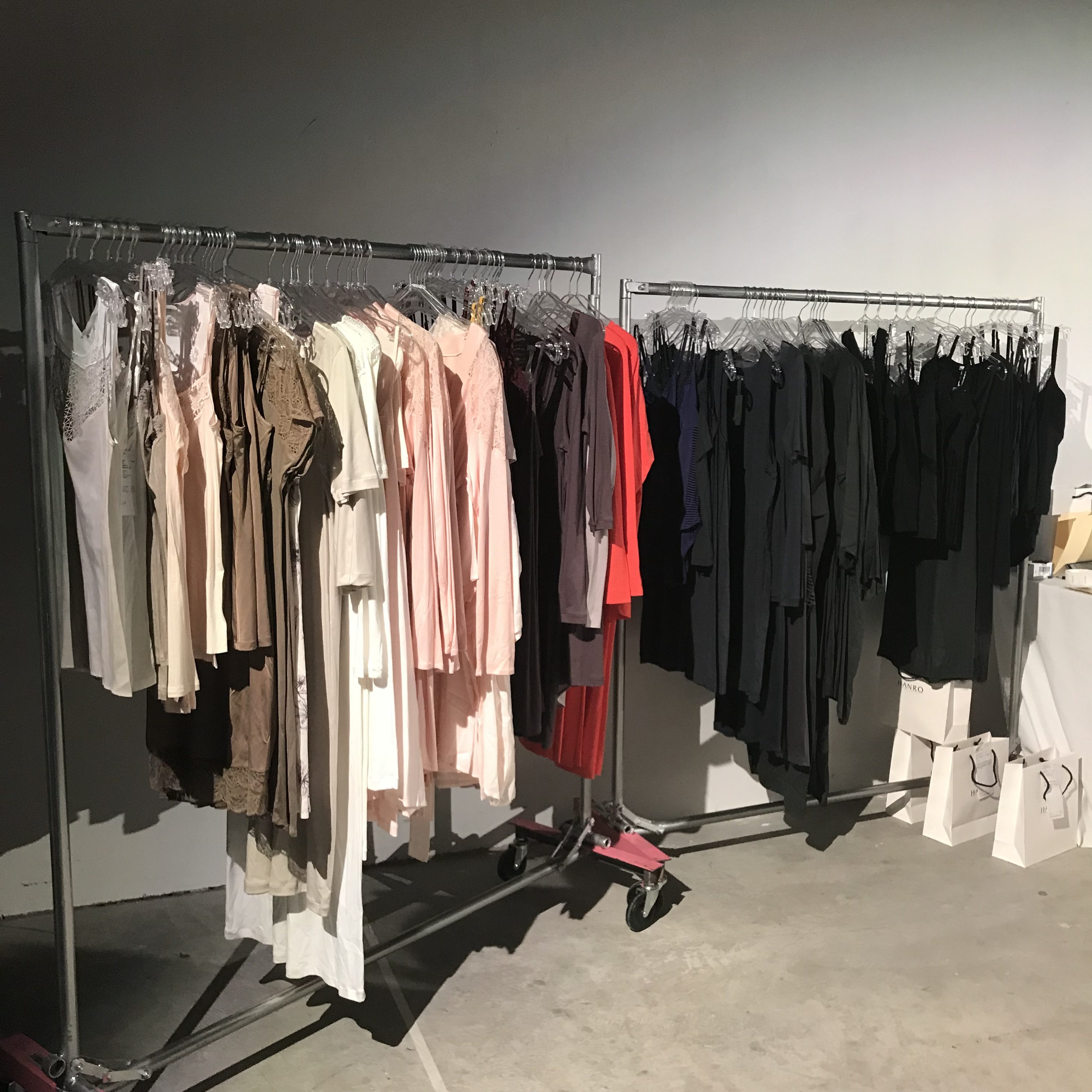 The Manhattan version is a little different. It has a more “clubby” feel just because it is in an event space section of the newly renovated Pier 17. The old Super Saturday had carnival rides and art booths for kids. The newfangled event had mini golf for the whole family as well as an old school 70s disco complete with drag queen deejay and mirror ball. I never dance at events but started to dance once I heard The Rolling Stones’ “Beast Of Burden” coming over the sound system. The food and drinks were great because of their originality and quality. There was a fusion of top-notch seafood bites mixed with tacos and Thai street food. There were homemade Oreos as one of the desserts–something that I have never seen before and was grateful to be able to try. 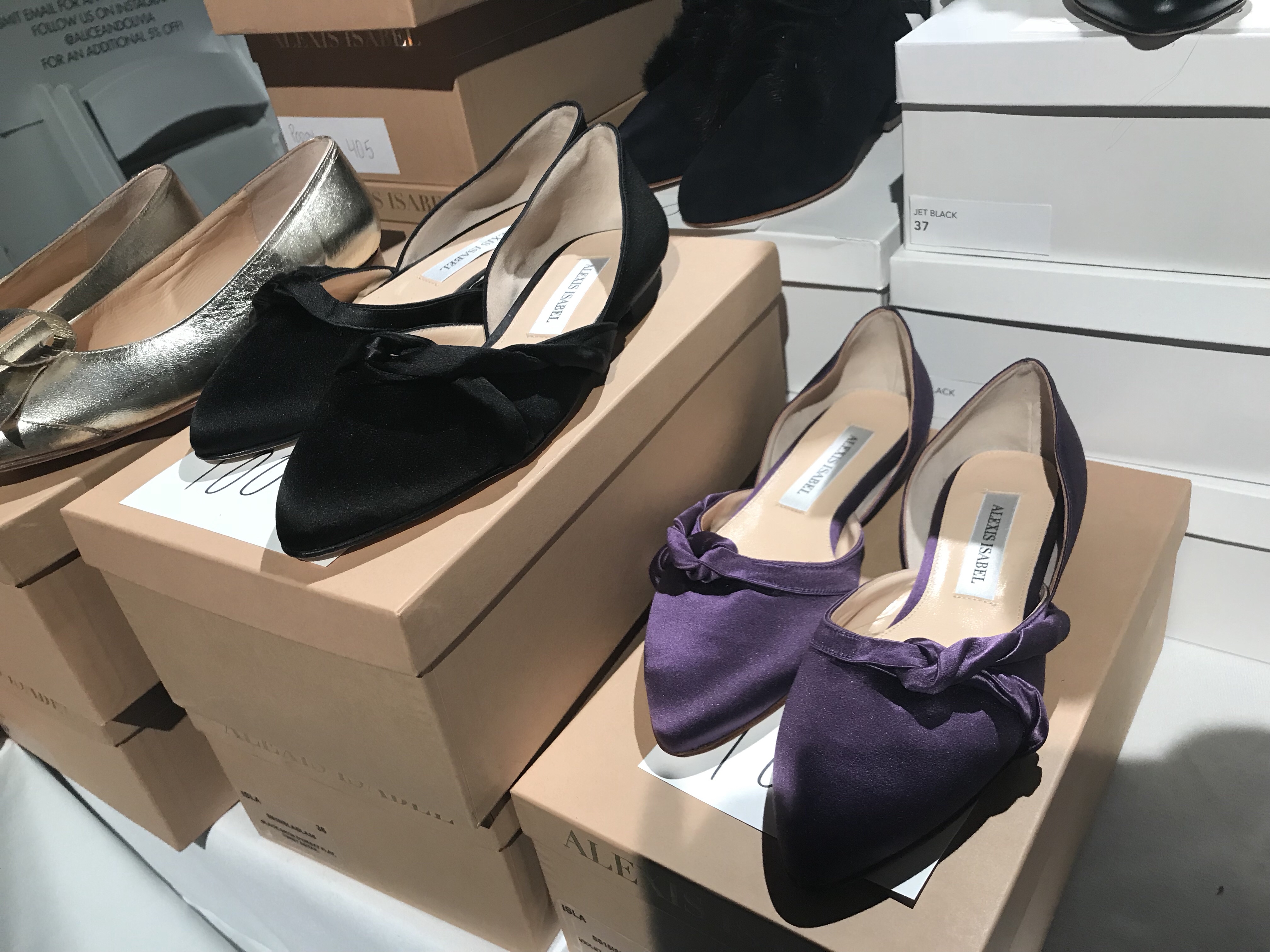 I come to shop and while the grand opening party gives first dibs on bargains from the likes of LeSportsac, Shoshanna, Le Mystere, Dooney & Bourke, Johnny Was and Alexis Isabel, you get really great deals during the “Luxury Garage Sale” portion of the event. This year, the Luxury Garage Sale was on Friday and prices got lower as the day went on. People walked away with current Dooney & Bourke styles for only $75, which is about 75 per cent off retail. The Le Mystere bras were a real deal at $25 each from the very beginning of the sale and going down to $15 at the end. These are some of the highest quality bras made today. 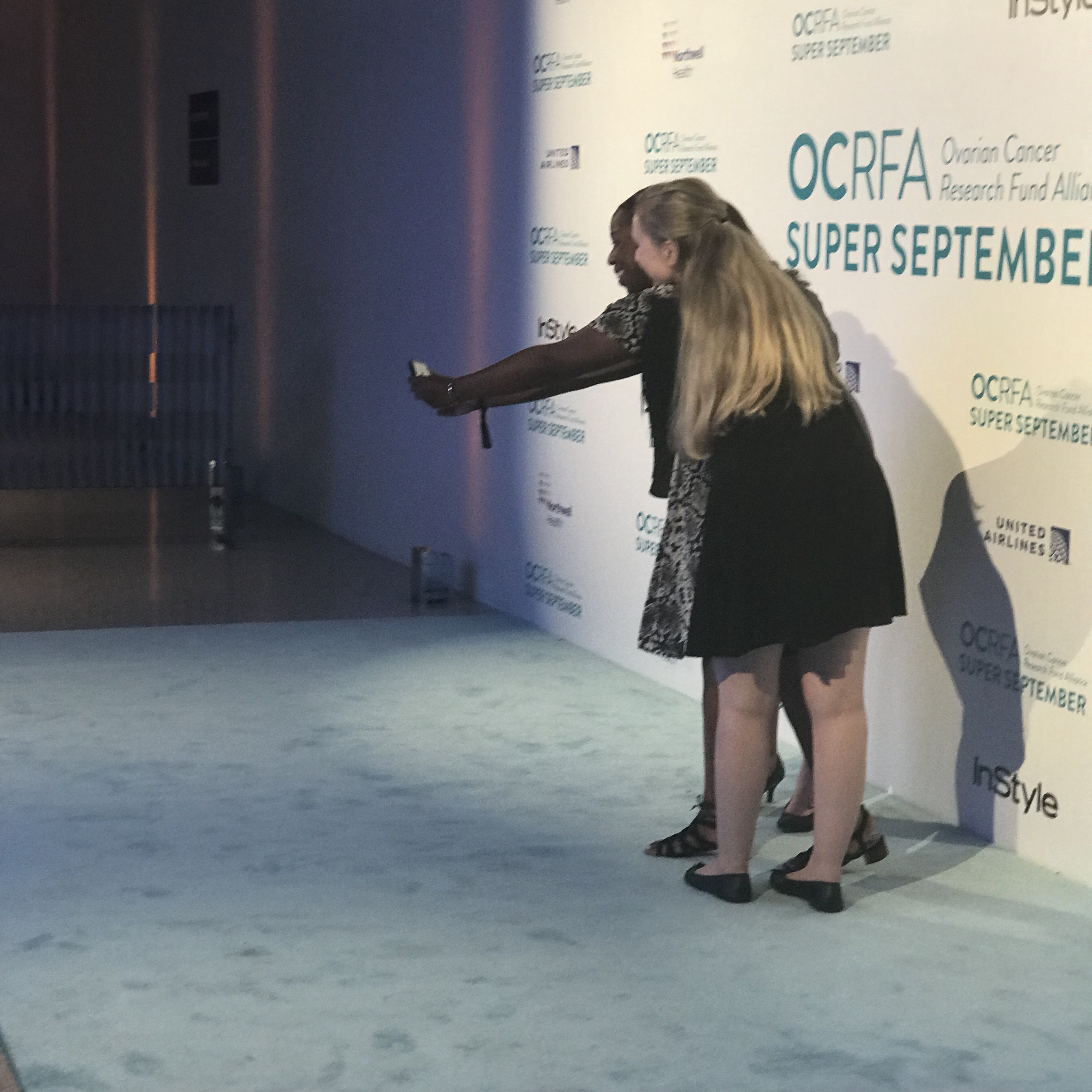 The step and repeat was there as always and every fashionista, socialite and just “regular Joe” who likes a shopping bargain hammed it up. The step and repeat was possibly the biggest that I have ever seen–it was even wider than a large master bedroom. As many as 50 people could get on it to pose–and I literally saw as many as 30 people get on there at one time. Everyone was so beautifully dressed that it blew me away (they were even more well-dressed than some of the annual black ties that I go to at Manhattan hotels). 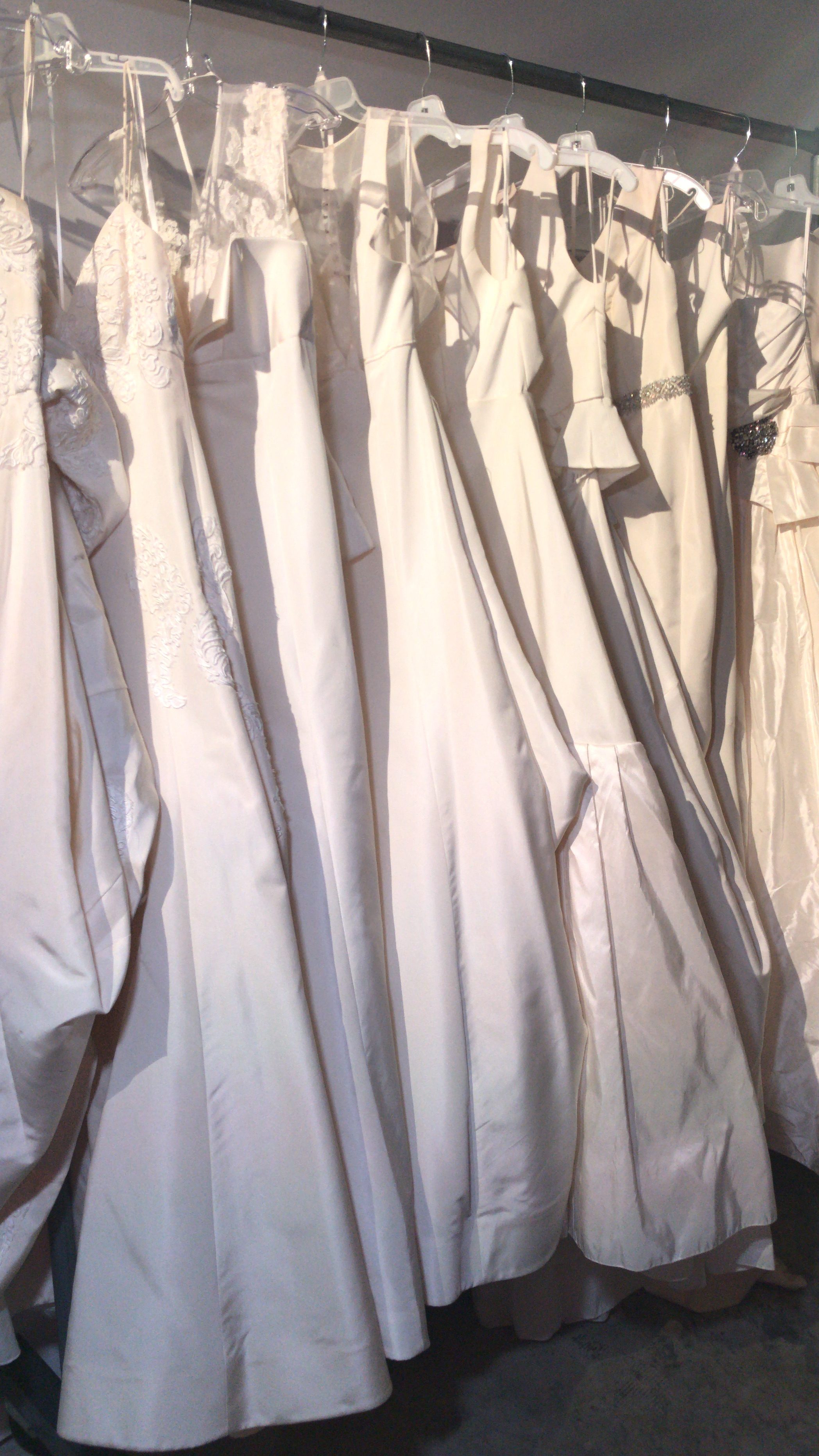 While tickets for the opening party for Super September are always around $650 (more for VIP packages), the luxury Garage Sale (which is shopping only) is only $25. Sometimes everything in a booth is marked down to one price. Last year, Karl Lagerfeld had absolutely everything including coats down to $10 (a lot of this merchandise was $400). This year I just scored some Le Mystere bras but I was happy to save $200! The kids at the event went nuts for the LeSportsac backpacks and many got them for only $30! Possibly the biggest find were the Amsale wedding and bridesmaids dresses (which were priced at $1000 and $50 bucks respectively). 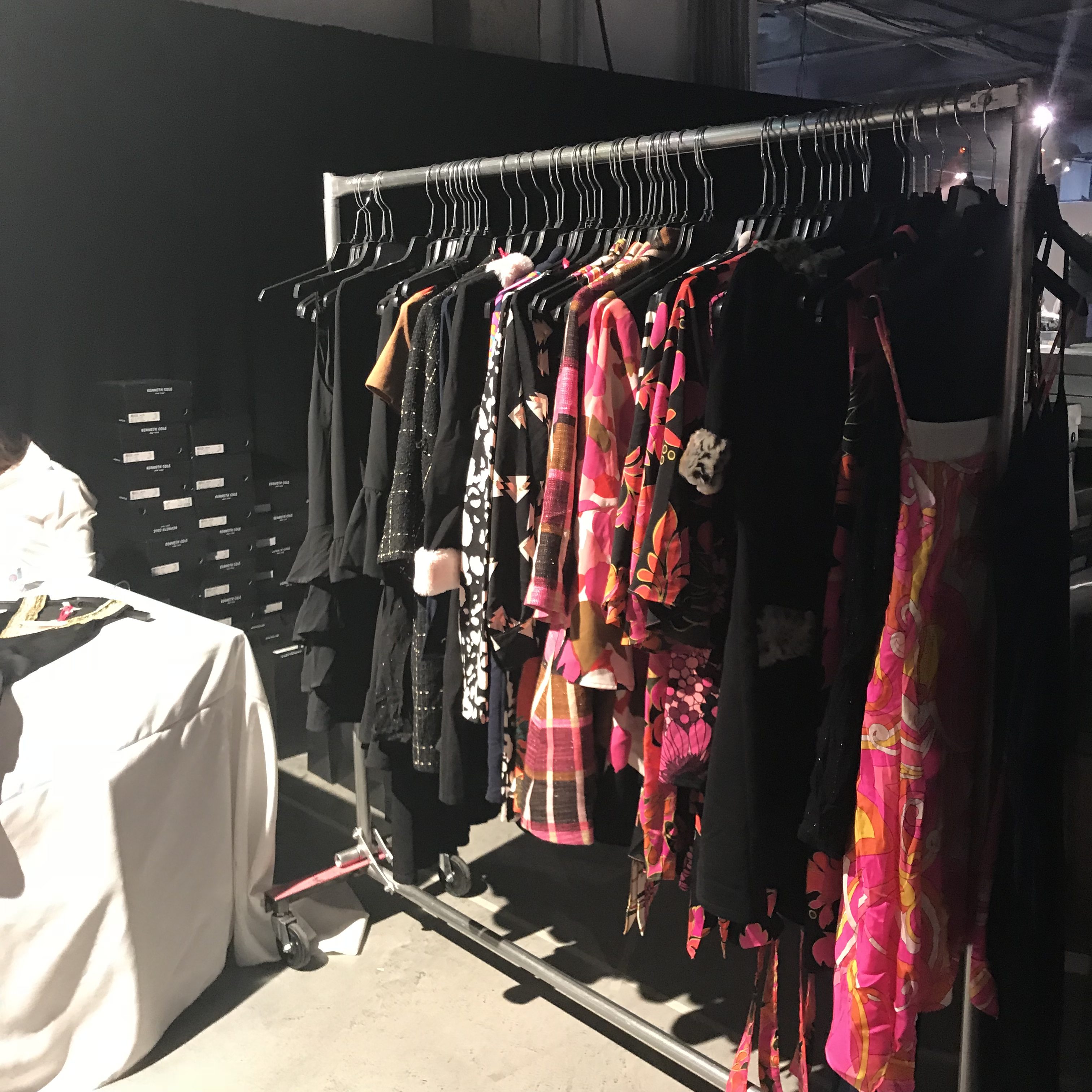 If you want to know more about this worthwhile charity and its many events (not just Super September), go to www.ocfra.org/events.All year-long they give very unique and star-studded parties. At past Super Saturday events I met some of my favorite TV stars including Alec Baldwin, Aida Turturro and Edie Falco and even followed them around a little to see what they are buying. I cannot say enough nice things about Super Saturday–it’s got so much going for it and has the most fun kid activities of any event that I have ever been to! 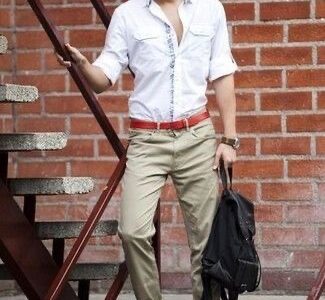 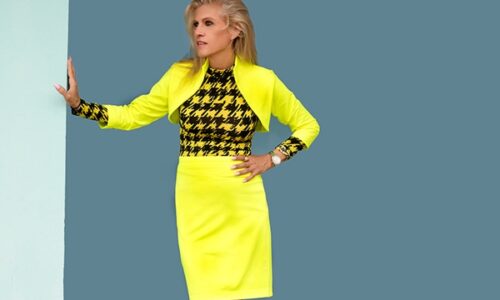 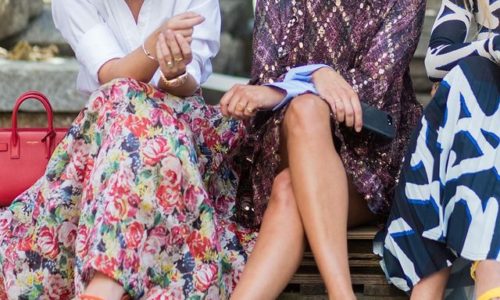