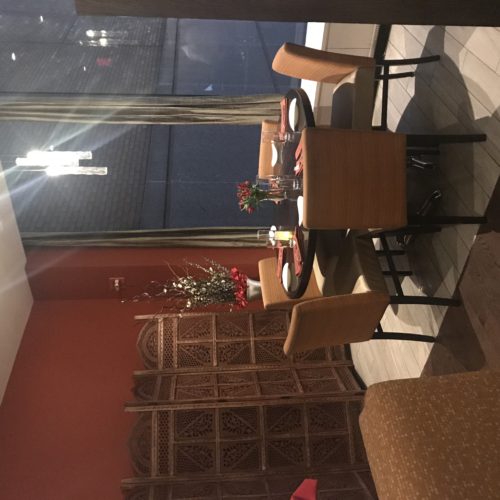 My recent visit to Utsav at 46th and Sixth totally made my day–and night! It has a light, airy and elegant vibe with modern ceiling fixtures and lots of windows for people watching down on the street. The entrance is actually tucked away about 75 feet west of the northwest corner of 46th and Sixth, so be mindful of this when entering the restaurant. You will actually enter through a ground floor bar area that looks so cozy and comfortable that to me it looks like the perfect anecdote to a crazy work day in one of Sixth Avenue’s nearby monolith buildings. 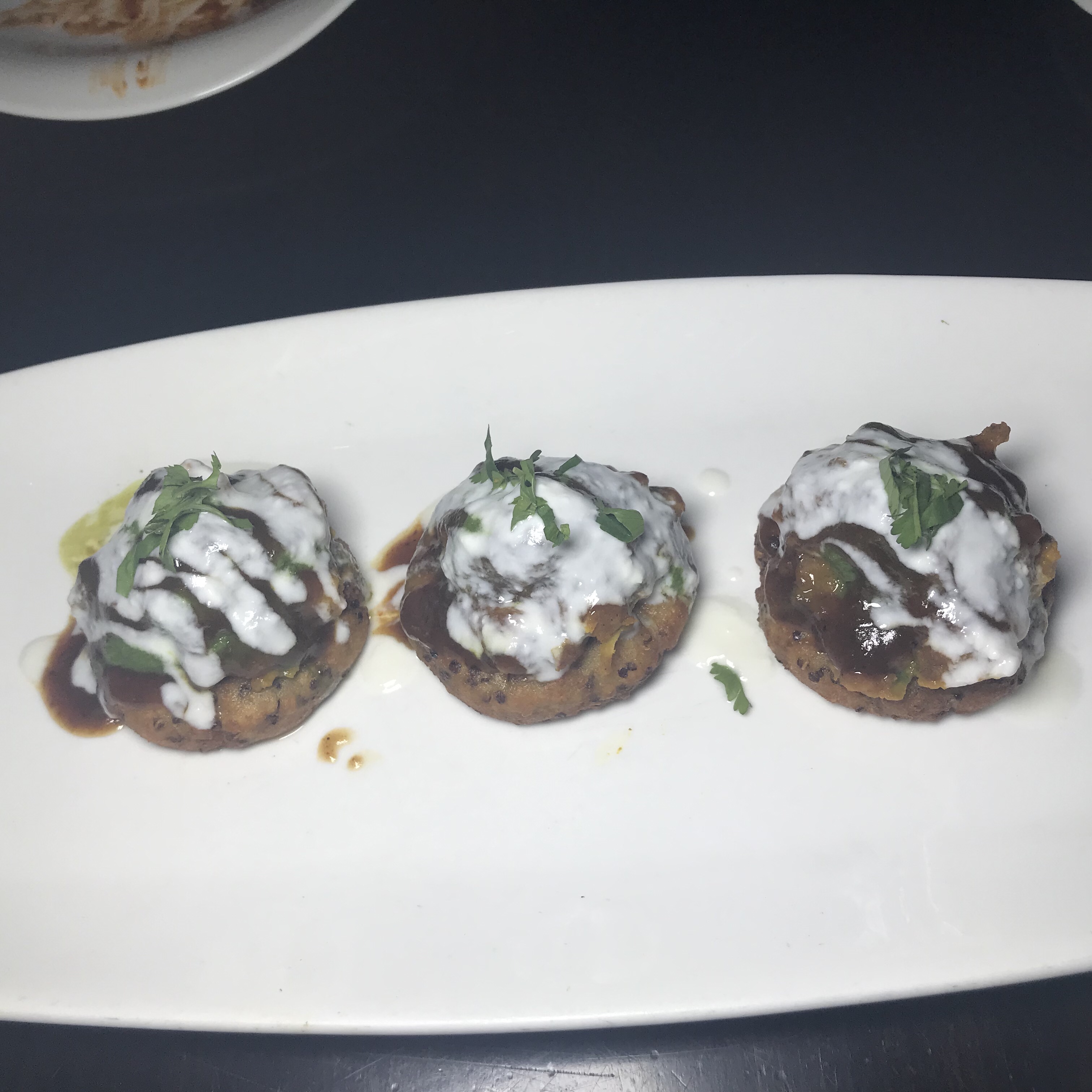 I started out with the world’s creamiest mango lassi (with oodles of delicious mango pulp) and my dining mate Gail and I quickly dug into their freshly baked quinoa patties filled with veggies and topped with a tangy tomato sauce and raita. Utsav is a very vegetarian and vegan friendly eatery with at least two dozen meatless apps and entrees. 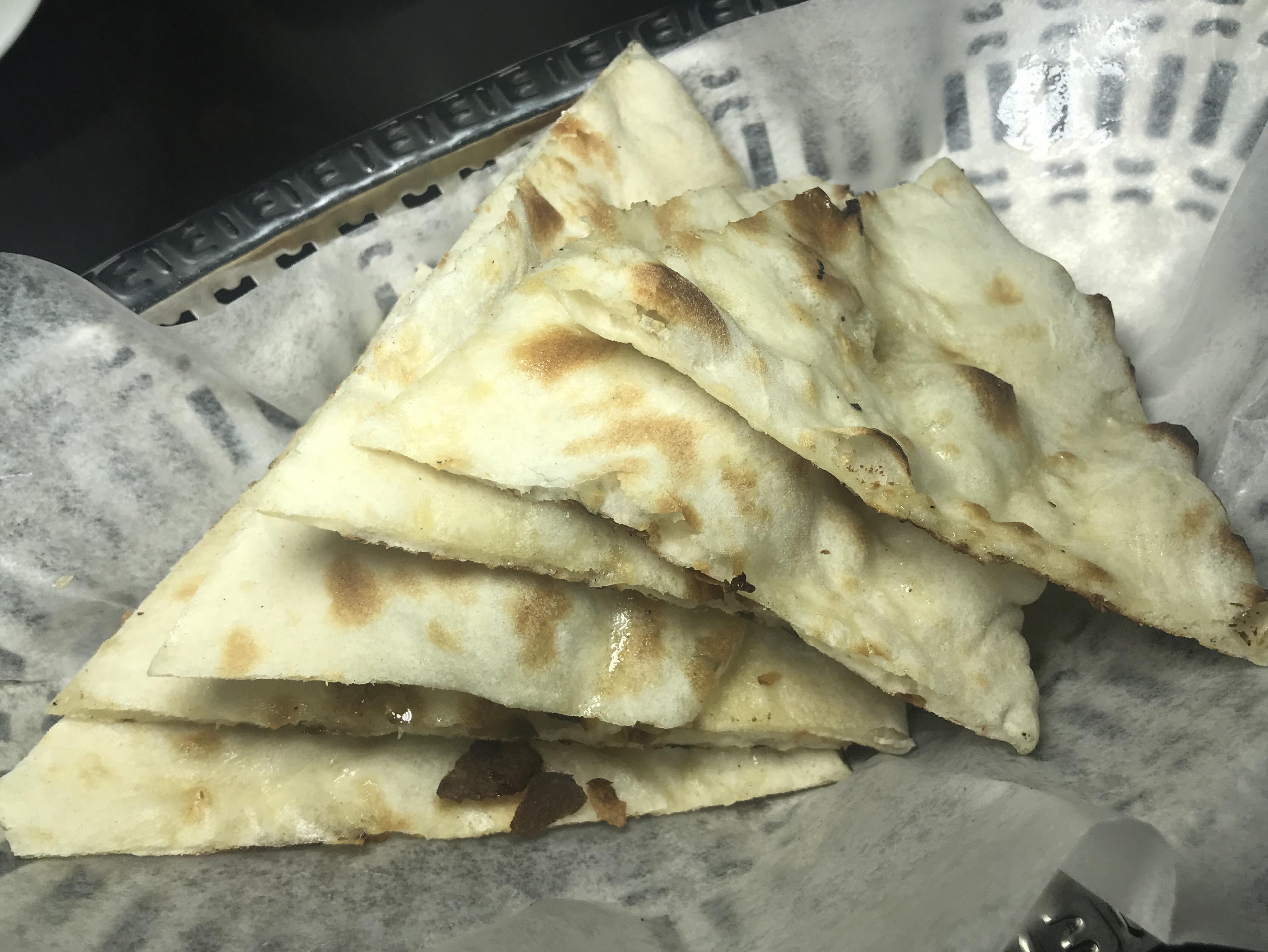 We then dug into a dish of delicious, super light and fluffy plain naan with housemade raita which to me is a must at any Indian meal. It has beautiful grill marks and looked like a photo out of a high end cooking magazine. The raita that I ordered to go with the fluffy bread was lighter than most I have had with a distinct cucumber taste–it is definitely a winner! I probably can live on warm naan and raita alone and Utsav definitely does them right.  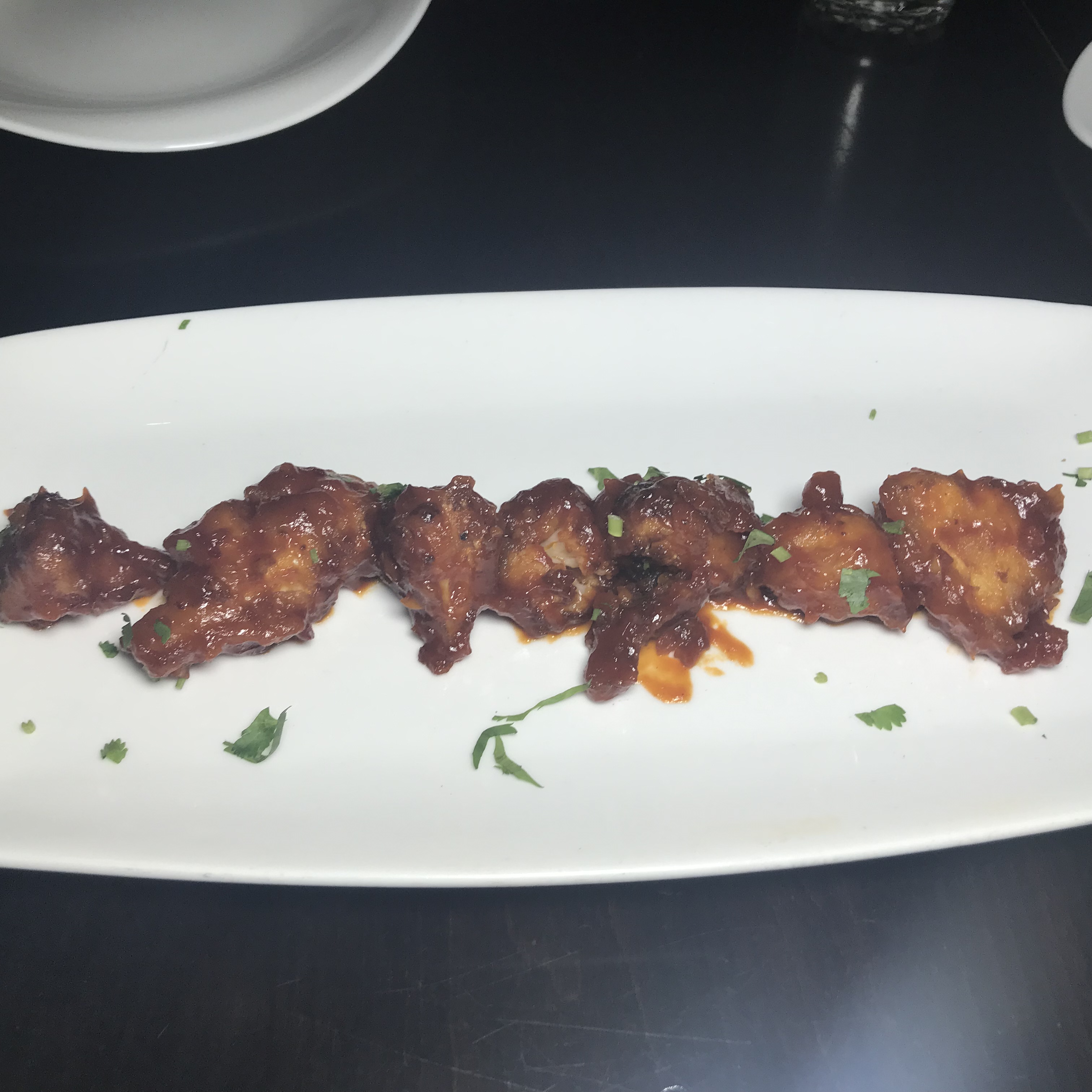 We also decided to share a vegetarian appetizer called Lasani Gobhi which is comprised of eight large chunks of cauliflower grilled with a tomatoey Siracha garlic sauce. It had a mellow kick and the cauliflower had a nice firmness. I will definitely be going back for this. This would be ideal as part of a tasty yet healthy lunch. I will pair it with one of Utsav’s salads on a day that I want to eat healthy.  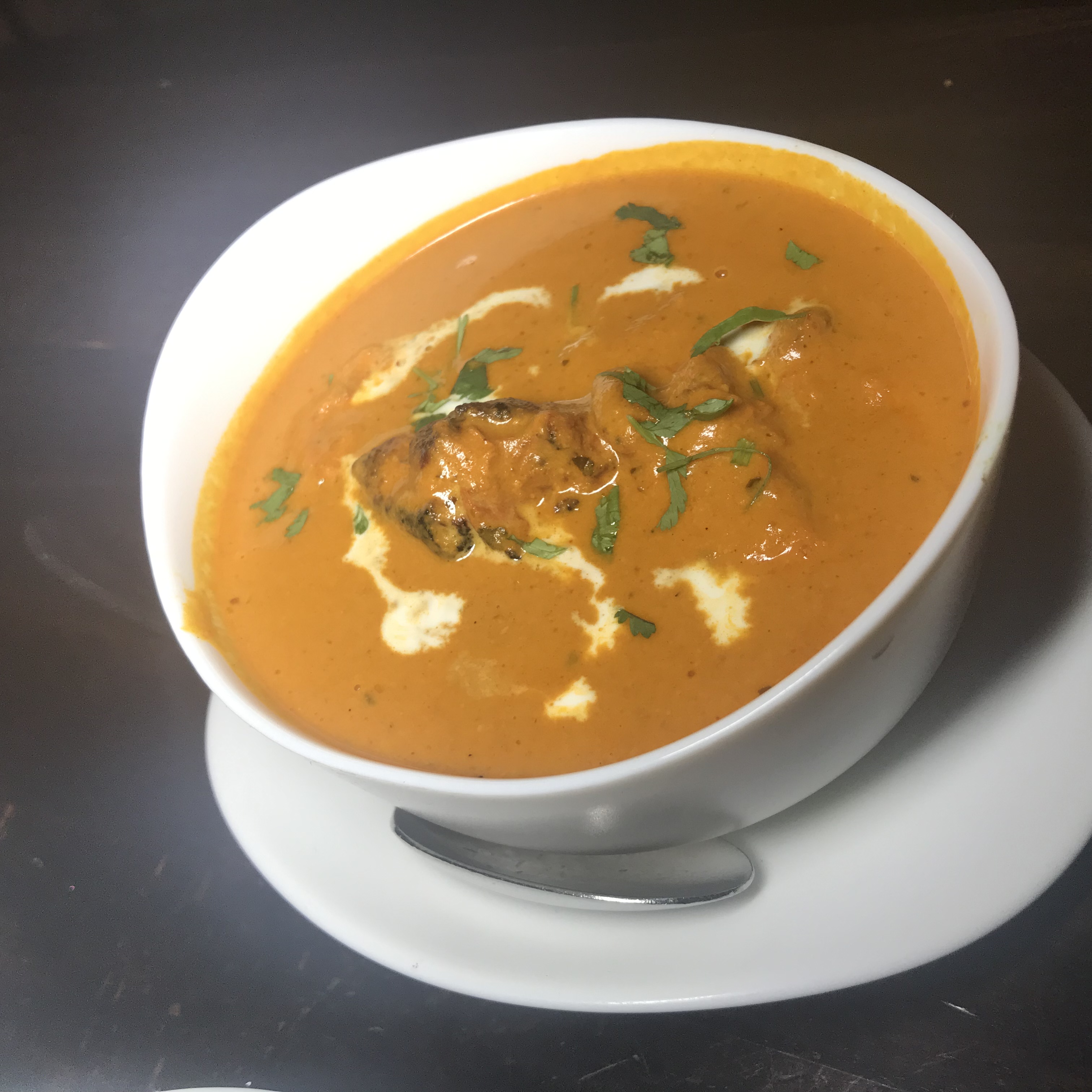 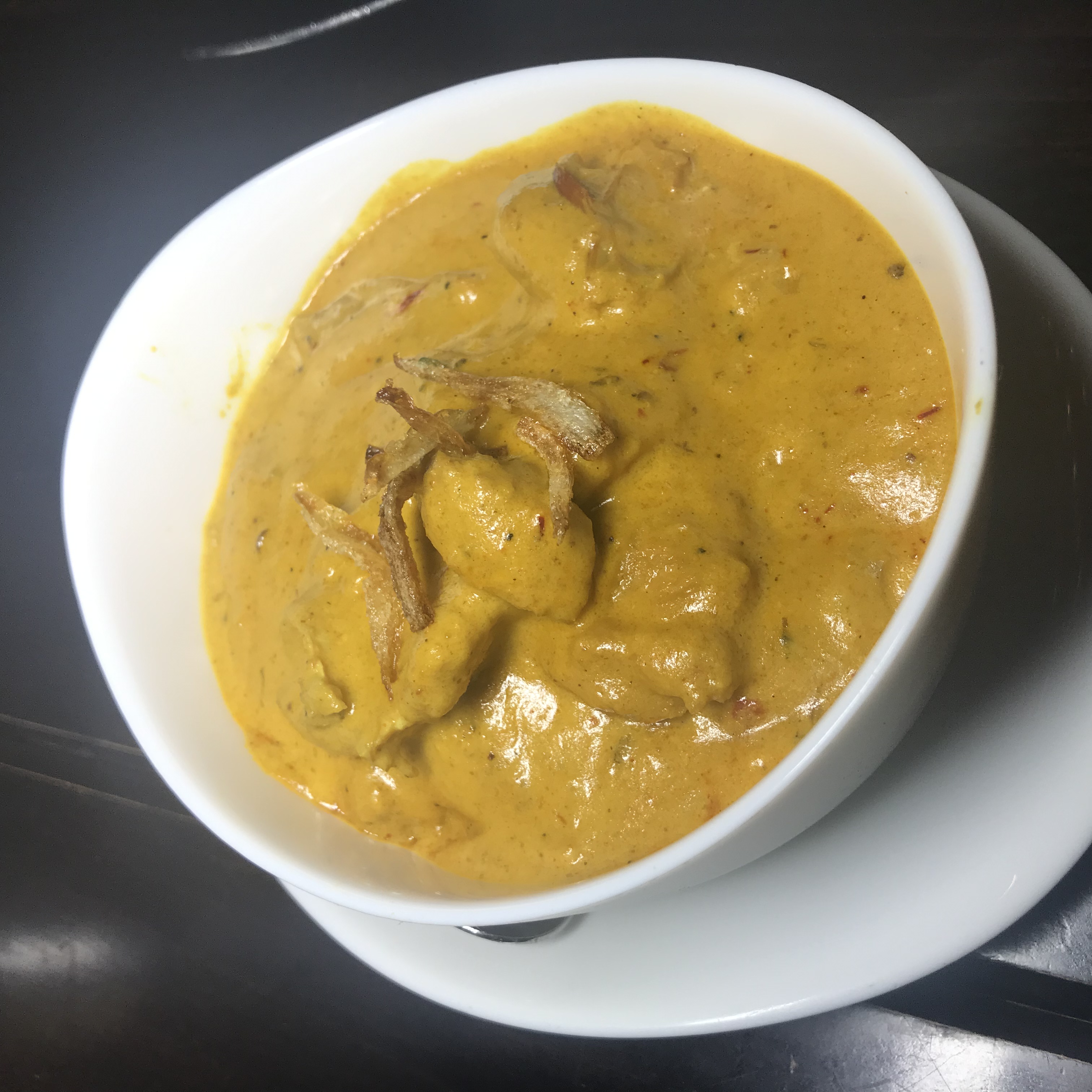 Gail and I also had Chicken Zaffrani which is a remarkable dish made with large chicken chunks and a heavenly almond and saffron sauce. This is a rich, creamy and filling delight and we teamed both this and the Masala with a large portion of fragrant Basmati rice.  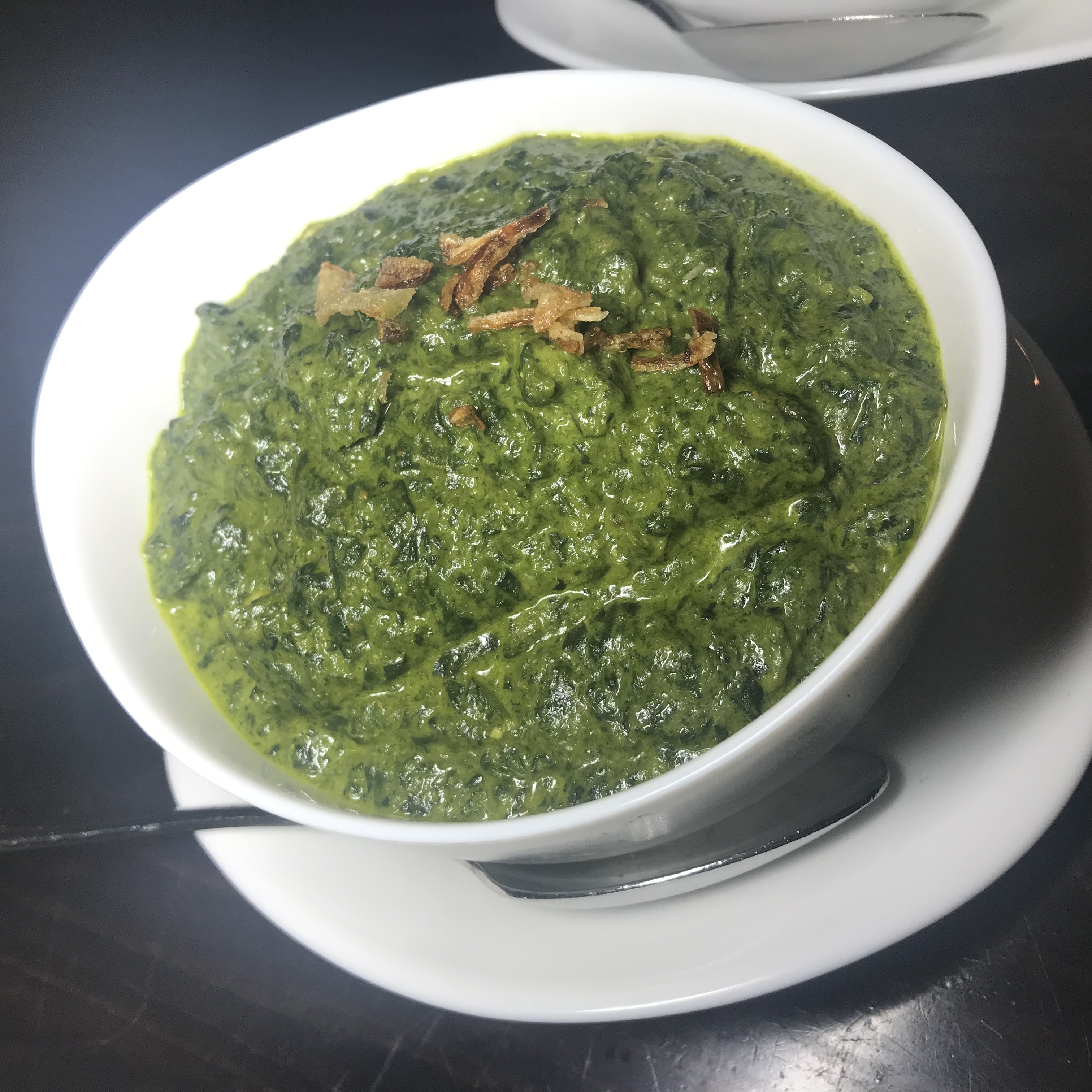 For our main vegetable, we indulged in yet another classic, Saag Panir. The homemade Indian cheese in this is other worldly, so I strongly recommend you trying this if you are a fan of this legendary Indian dish. The fresh spinach was cooked to the perfect texture and overall the dish was perfectly buttery without an overload of sauce.  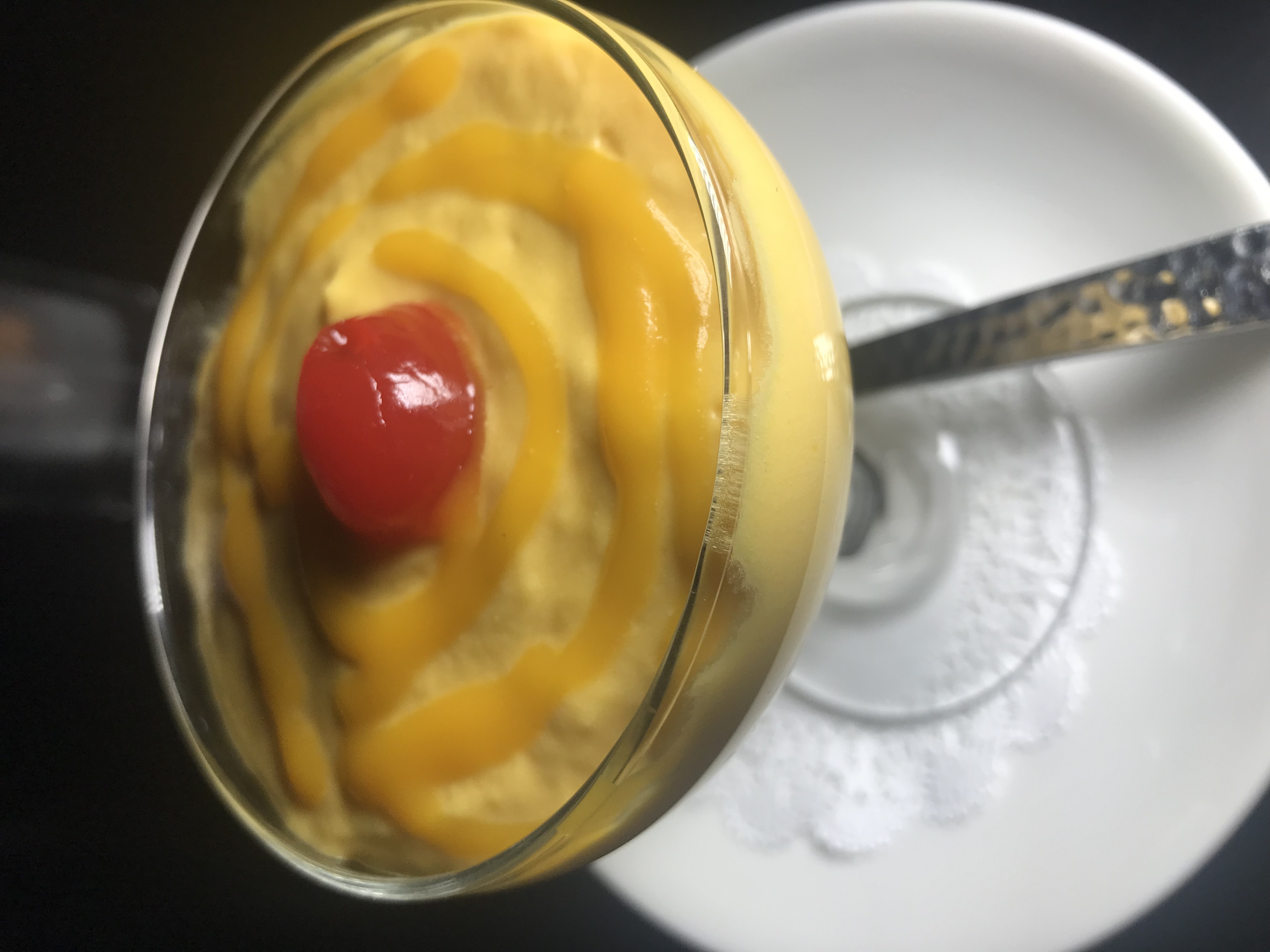 My friend Gail had the resto’s famous rice pudding which she said was the creamiest she has ever had while I partook of the Utsav Mango Mousse which seems as French as it is Indian. Rice pudding is hard to come by at swanky eateries but Utsav’s regular crowd demands it.  The bright orange Utsav Mango Mousse has a remarkably creamy texture without being heavy and there is a lot of mango pulp to give give it a big, fruity, natural-tasting punch—I now have this on my list of favorite spring desserts. It is just so satisfying and refreshing. 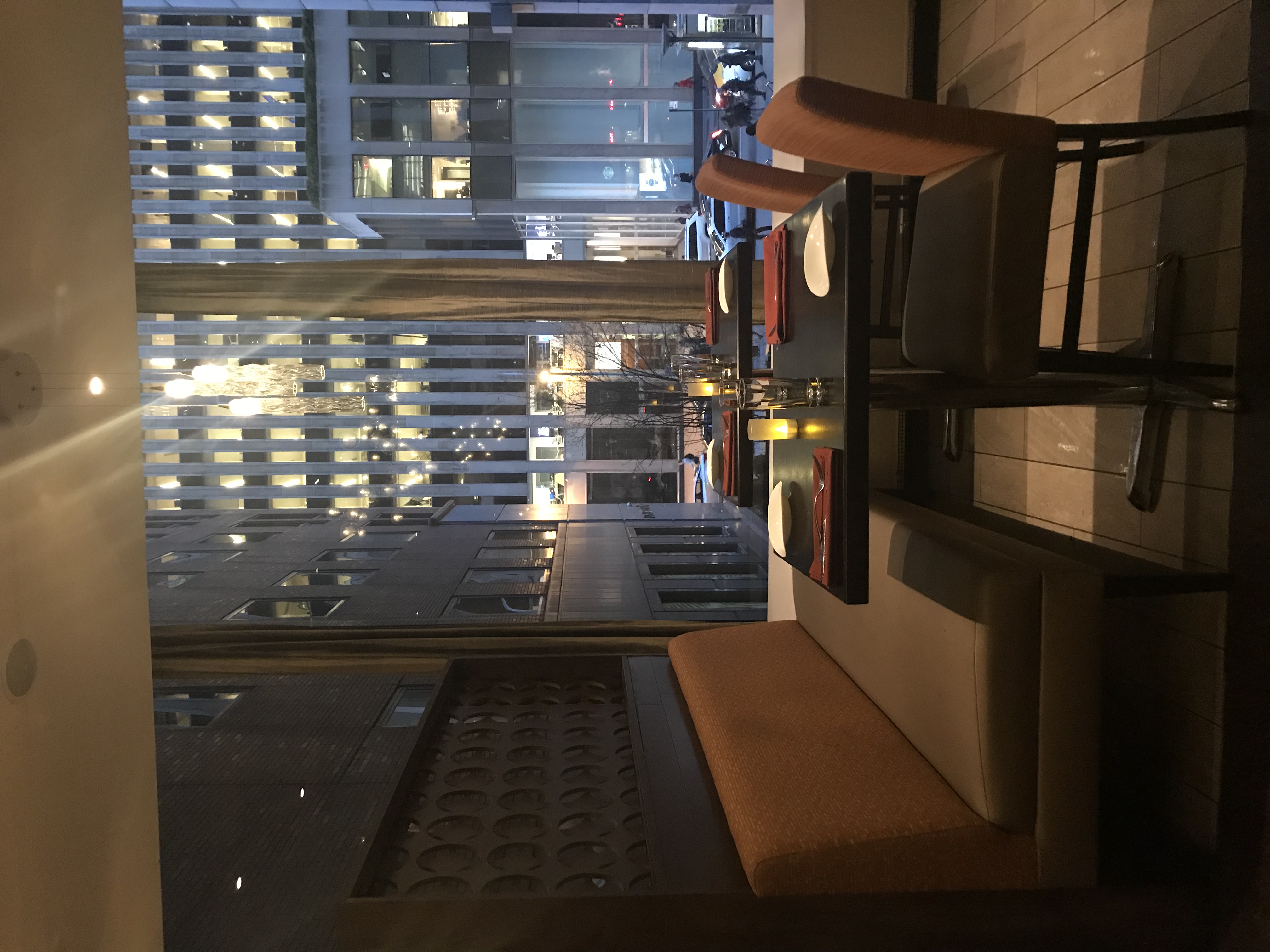 Utsav is legendary for its great deals at lunch–probably the greatest meal bargains in midtown. You can get a vegetarian box to go for only $10 and a non-vegetarian one for $12. There is also a $22 per person lunch buffet with over 30 items–with more than a dozen vegetarian ones. There are also plenty of items for those with gluten free diets. Overall, despite its elegant atmosphere, Utsav offers large portions with very reasonable prices. The average dinner entree with poultry or meat is $20 and apps come in at about $8 each. Many items are shareable, especially the entrees which are large. Reservations are recommended but not mandatory here and they also deliver. For more info, go to www.utsavnyc.com. It’s a great idea to go to the Utsav lunch buffet on your first visit, find all your favorites and then know what you love for when you visit for dinner. 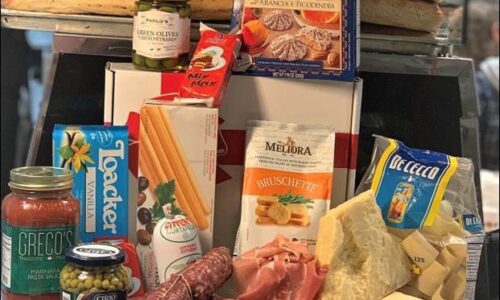 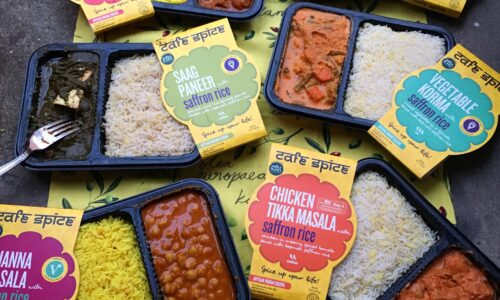 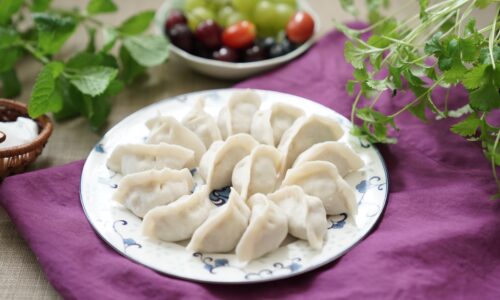