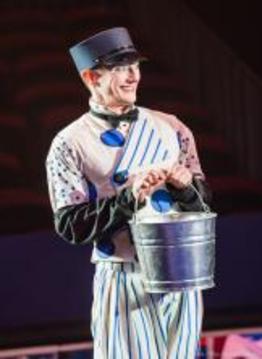 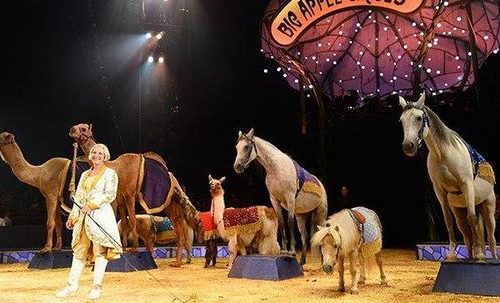 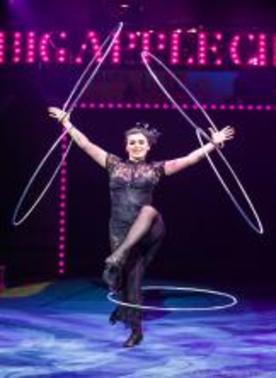 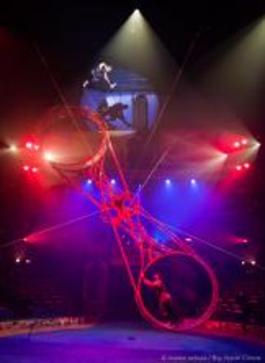 I am a huge fan of The Big Apple Circus and have gone pretty much every year for 20 years! Every year there is a different theme and a different “head clown” or in this year’s case, a team of clowns that remind me a lot of Laurel  & Hardy. Like everyone in the circus, their garb is in keeping with luxury travel of the 20s, whether it be by boat, train or airplane. Even the acrobats and the trapeze artists are dressed like an aristocrat of the Golden Age. There are plenty of the classic circus hijinx in the Big Apple Circus, but the animals are limited to dogs and horses that interact well with each other–and kids in the audience can take pony rides during the intermission and after the two-hour show is over. The longtime ringleader Mr. John Kennedy Kane is back looking like a cooler version of Captain Kangaroo and his radio announcer’s voice is perfect as the voice of  the circus!

My favorite part of the circus is the African Acrobats. While the circus is set in the 20s, for some reason they are doing their thing including creating incredible pyramids to the Isley Brothers’ early 60s hit “Shout.” They move at a fast pace and before you blink your eye, one of the acrobats has jumped in the air twelve feet to land on the shoulders of his fellow troupe members.

I also love the Dominguez brothers who ride and run in what looks a giant double hamster wheel. Your view from the crowd is almost right underneath them, providing a great thrill as they run faster and faster inside and on top of their respective wheels!

I love the audience participation segments in the sketches. my favorite being where four audience members fight with one of the clowns for an upgrade to first class on an airplane via a brutal game of musical chairs. Joel the clown is not beyond pulling chairs away from the audience members or sitting down before the music stops. It’s a non-stop laugh riot. Brent is more of  the “serious” clown of the team.

One of the pluses of the Big Apple is that every seat is truly ringside and the floor is about 1/8th the size of an arena like Barclays’ Center’s floor. So it is much more intimate and you know that if you raise your hands to participate, the ringleader will see you. The house band (placed up above the floor) rocks and the drummer must have to do rimshot to accentuate the jokes every couple of minutes! He sure is a busy guy!

You can purchase tickets on www.bigappplecircus.com but many discount coupons are being offered through www.livingsocial.com right now, so check it out!