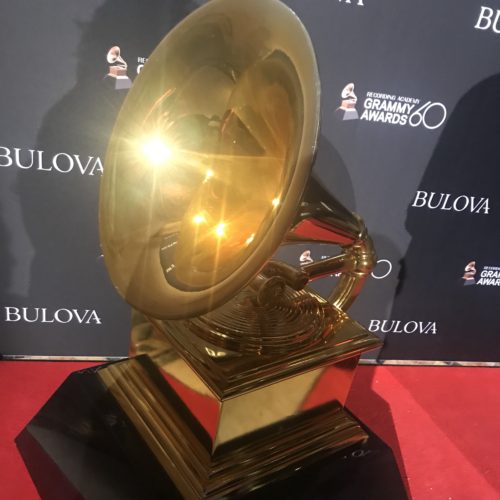 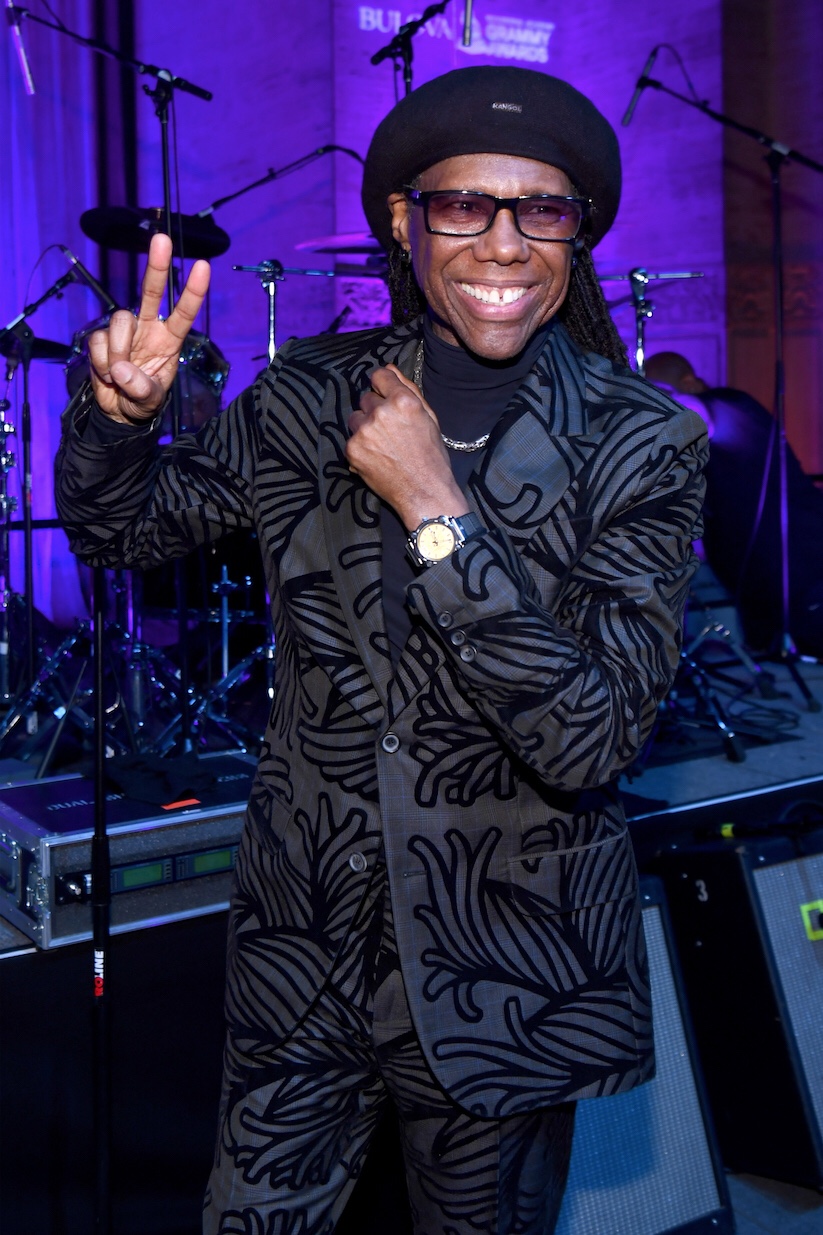 Bulova pulled out all the stops at their Grammy 60 brunch at Cipriani’s 25 Broadway Street location, which is an elegant old bank building with hand painted ceilings reminiscent of the Sistine Chapel. There was a beautiful mix of music and watch biz execs along with about a hundred lifestyle bloggers in attendance. The food was divine as it always is at Cipriani–their homemade pasta topped with melted buffalo mozzarella, grass fed sirloin, twice baked potatoes and vanilla meringue cake are the stuff of legends–but the brunch was a salute to music legend Nile Rodgers (not just great Italian cooking). 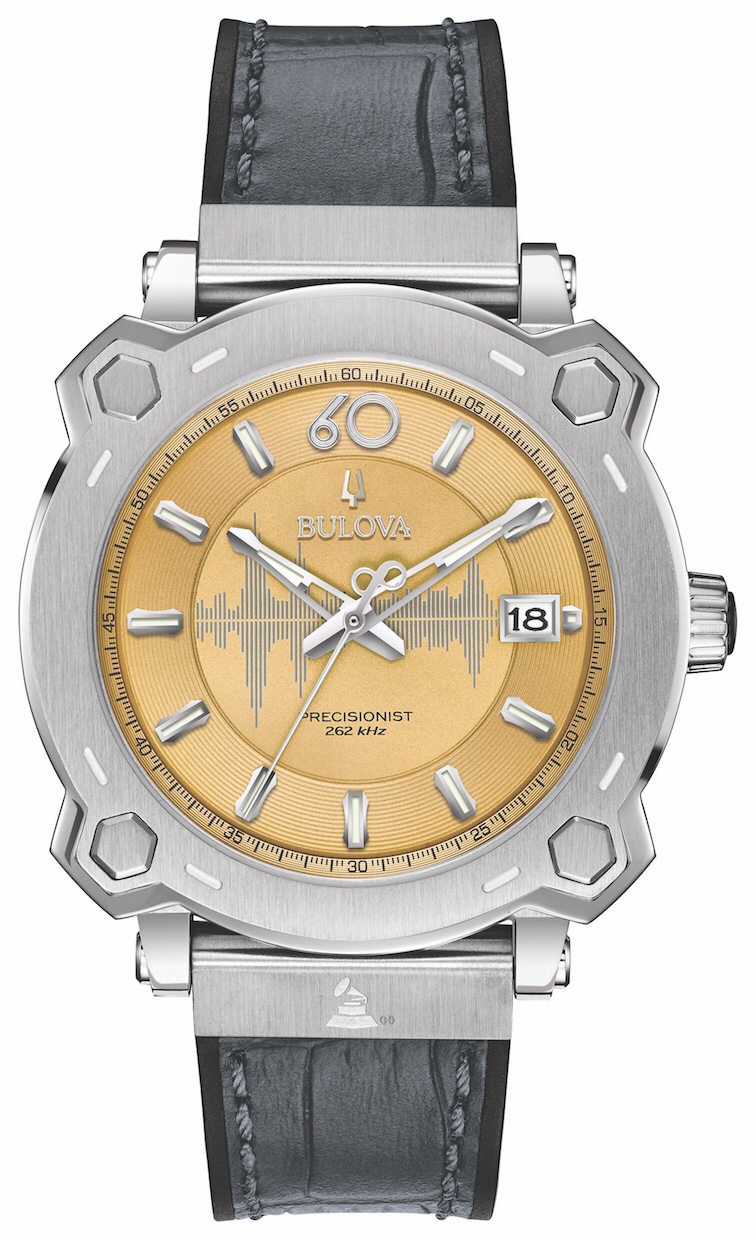 He received the first Bulova Grammy 60 watch straight off the assembly line. The watch has a bold gold face and a mock croc black leather wristband and is most definitely worthy of music legends and just “everyday legends” like a special dad. Only 60 were made of this Precisionist Line Grammy 60 watch and because of that, it will only rise in value as time goes on. 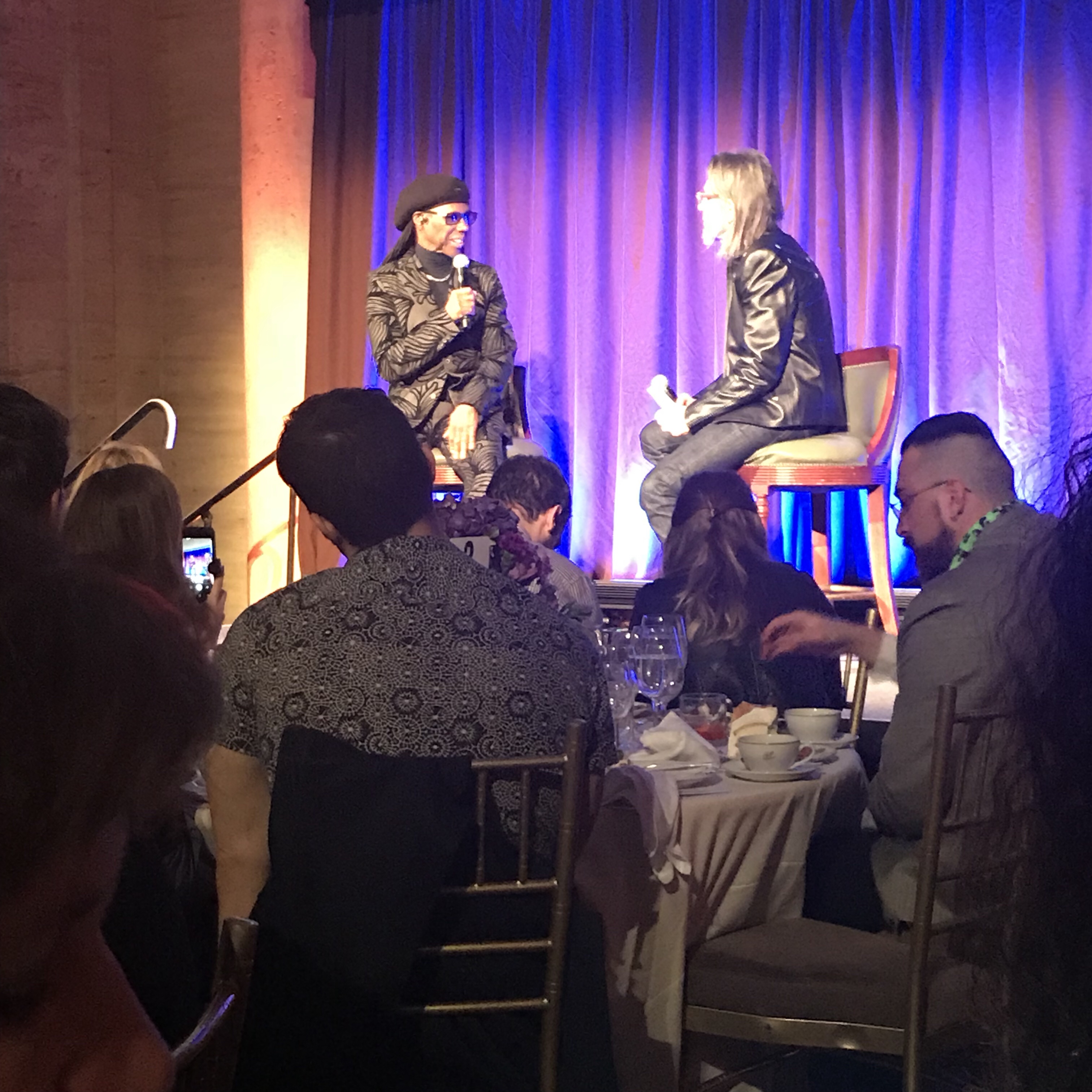 After doing a Q&A with Grammy Museum Executive Director Scott Goldman (that immediately followed the highly memorable meal) and being presented the first Grammy 60 commemorative watch made, Rodgers joined the modern day version of Chic for a killer hour-long set. Chic not only performed the group’s famous dance classics but there was a special treat–the band performed the hit songs that Rodgers wrote for others including “I’m Coming Out” (which was a Top Ten hit for Diana Ross in 1980). 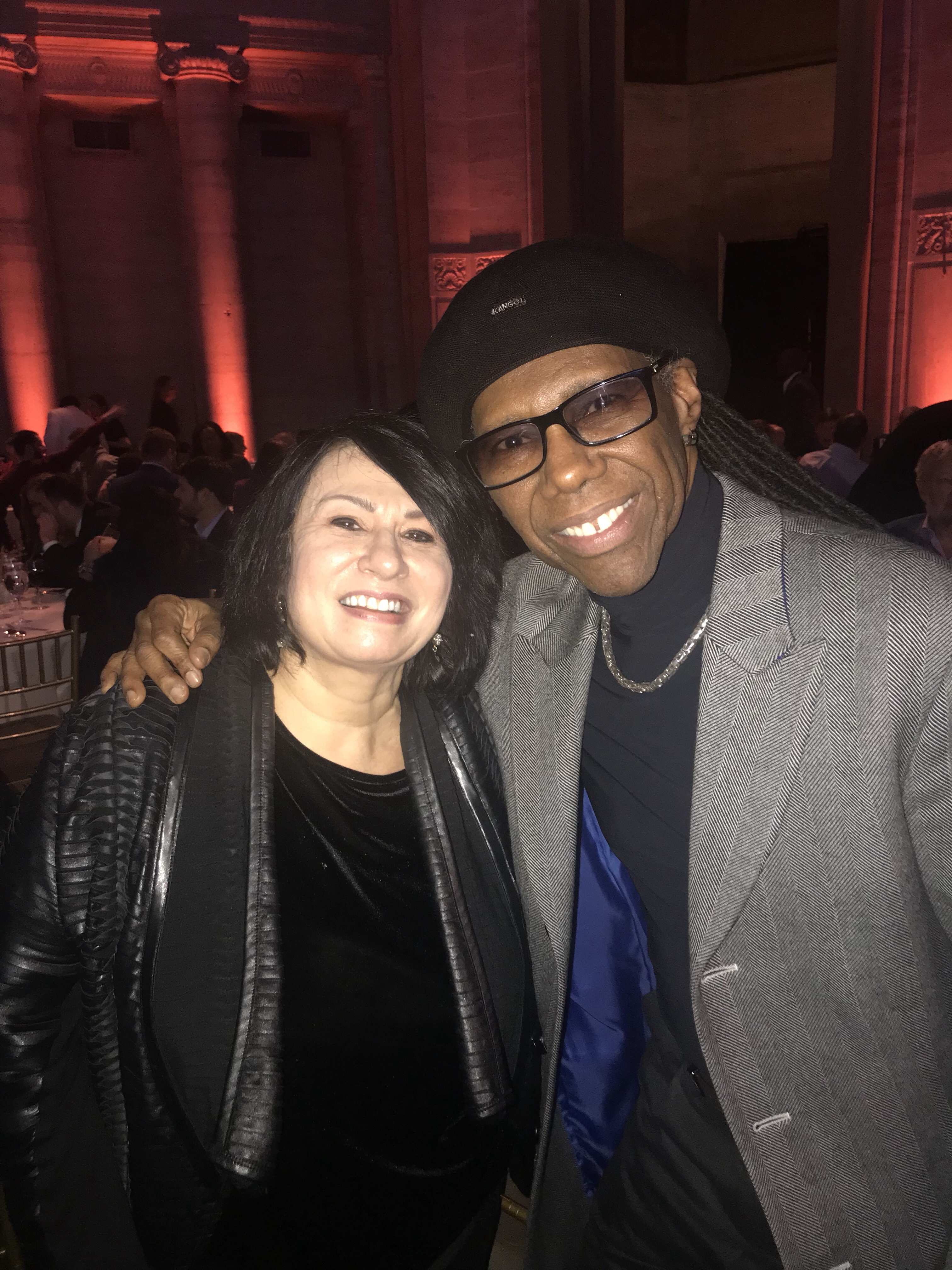 It was a special event for me because I have not gotten to see Rodgers in over 20 years. I believe that the last time I got to speak to him is when Chic played at the Central Park Summerstage in the late 90s. I originally got to interview him in April 1996 at his stunning Upper West Side apartment as research for a major local paper piece on Chic bandmate Bernard Edwards, who has just passed away. I pitched this piece to my editor on the insistence of axeman Slash, who had I had casually met one night at the Whisky Bar in the Paramount Hotel and who was a close friend of both Edwards and Rodgers at the time. Slash actually gave me Rodgers number directly and told me to just call the New York-based musical legend directly for an interview. That was one of the few times as a journalist that I did not have to go through a pr person to set myself up with a celebrity interview. At the Bulova brunch, Rodgers got a big kick out of the fact that I remembered the beautiful tower tiles in his bathroom that has been a gift from Sting many years ago. I am so glad to see Rodgers working on a bonafide Chic record and look forward to its release shortly. 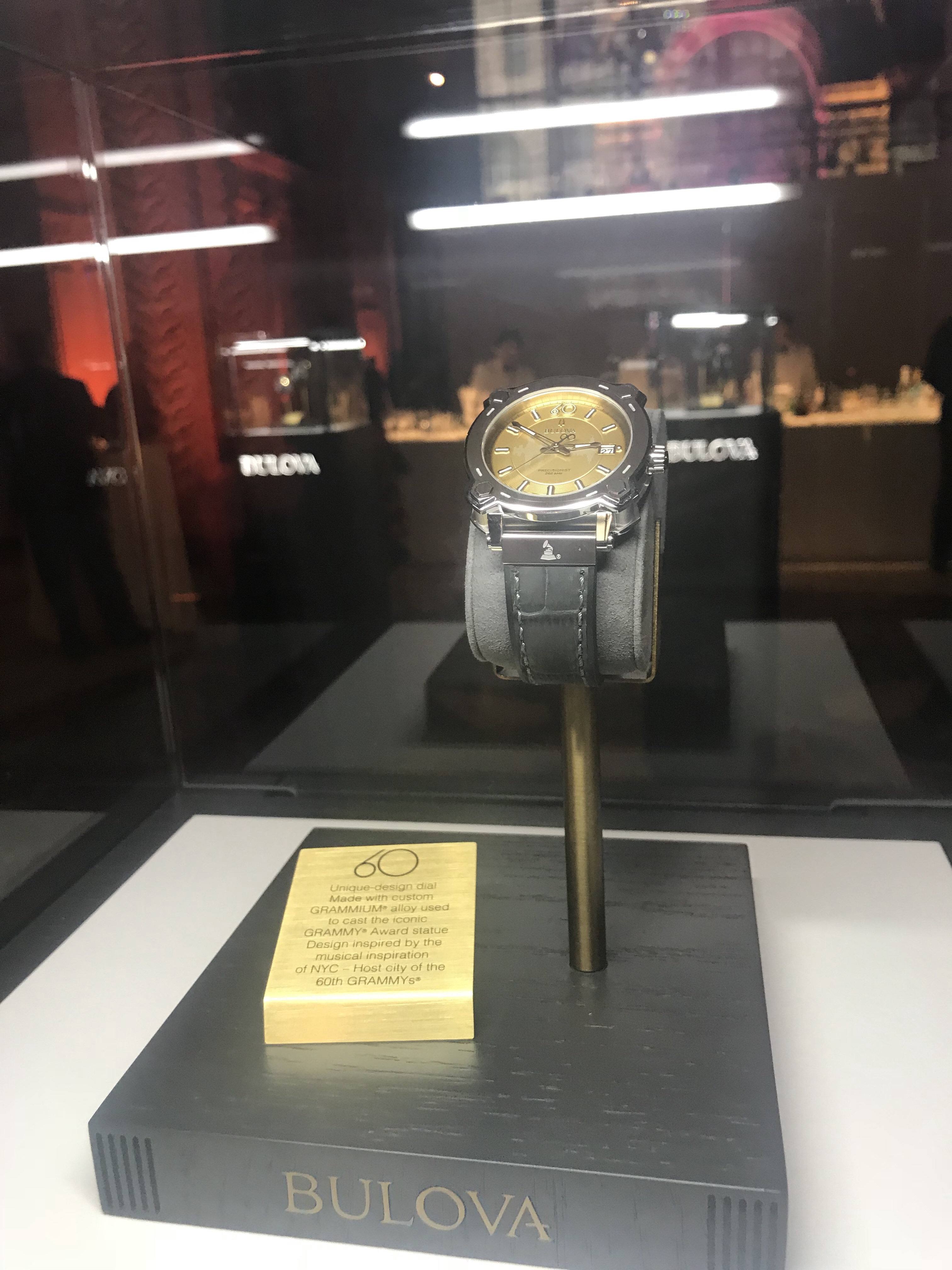 I will be watching Bulova closely to see what else they have up their sleeves in terms of commemorative issue watches. They certainly are on the cutting edge of style with the Grammy 60 watch. To see more great styles, go to www.bulova.com.

#bulova, #chic, #cipriani, #grammy60, #nilerodgers
You May Also Like