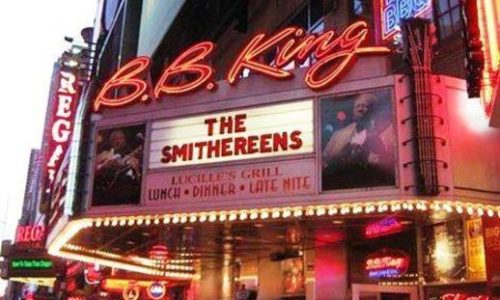 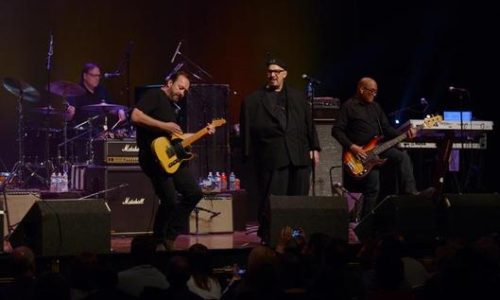 Start your Memorial Day Weekend ’17 off right and come to see The Smithereens at BB King’s Times Square tonight–showtime is 8 PM (with no opening act)! For the first time in over 10 years, the legendary Smithereens are back for a second BB King’s Times Square show in one year! They usually do a single appearance at BB King’s Times Square the last Saturday in January each year that brings in their fans from far and wide. Everyone starts lining up hours before the doors open at six. This show is always a homecoming of sorts for fans to catch up with each other and the band, do it is great that TONIGHT, Friday, May 26th, the fans have another chance to catch the guys in their finest form ever and in their original lineup! Yes, that means that Madman Mike Mesaros is back. I also love when the guys appear at BB’s because more often than not, axeman Jim Babjak brings in his red 1962 Rickenbacker that much of the Smithereens’ greatest material was created with!

Doors open tonight at 6PM; there are both regular and VIP seats available at http://bit.ly/2qWd4v0 and at the BB King’s Box Office. BB King’s is located at 252 West 42nd Street between 8th and 9th Avenues and needless to say is one of the most intimate venues to see classic rock in the Big Apple!